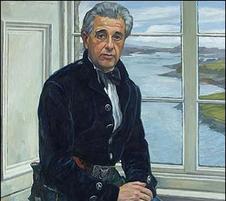 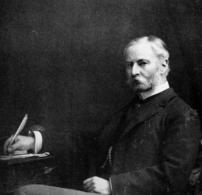 Norman MacLeod of MacLeod 24th Chief, succeeded his father and remodeled the Castle extensively, adding the pepperpot
towers on the corners. During the potato famine of the late 1840s he remained in Skye and fed more than 8,000 people on
his estates. The effort crippled him, financially, and he was forced to hand over the estate to trustees. He went south to
London and took employment at the Victoria and Albert Museum. The castle was let for summer visitors. Norman MacLeod of
MacLeod left three sons and died in 1895.

Norman Magnus MacLeod of MacLeod, 26th Chief, entered the Army and served in India. On the outbreak of the Zulu War, in
1878, he was appointed Political Agent on the Transvaal border and led a Swazi army in the defeat of the Pedis. The entail of
the Estate stipulated that the Castle would pass onto to a male, and failing the male line, the daughter of the last surviving
son. Ian Breac MacLeod, the only male heir and son of Canon Roderick, Norman Magnus's youngest brother, had been killed in
1915. Norman Magnus died in 1929 and was succeeded by his brother, Reginald.

Sir Reginald MacLeod of MacLeod, 27th Chief, led a distinguished public service and business career in London and Edinburgh.
He modernised the Castle by bringing electricity, heating and plumbing to the rooms. He was the first President of the Clan
MacLeod Society. When his younger brother, Canon Roderick, died in March 1934, Sir Reginald's eldest Daughter, Flora
became his heir.

Dame Flora MacLeod of MacLeod was born in 1878, at 10 Downing Street, London, the home of her grandfather, Lord
Northcote, Chancellor of the Exchequer. In 1901 she married Hubert Walter, of the Times, and had two daughters, Alice and
Joan. When her father became Chief, Flora was elected President of the Clan MacLeod Society. Always active in politics, she
went to live with her father in Skye and became County Councillor. In 1935 the Clan MacLeod Magazine was first published.

On the death of her father, Sir Reginald, in August 1835, Flora inherited Dunvegan Castle and the MacLeod estate. She was
granted arms by Lord Lyon King of Arms and was recognized as Chief of the Clan by the Clan MacLeod Society.

During the Second World War she met and entertained many overseas MacLeods and from 1947 travelled widely around the
world, establishing Clan MacLeod Scoeities in the USA, Australia, New Zealand and Canada. Flora MacLeod was honoured with
the D.B.E for her work..

In 1956 Dame Flora instituted the first Clan MacLeod Parliament on the occasion of the coming of age of her grandson and
heir, John MacLeod, the second son of Joan Walter and Robert Wolrige Gordon.  Queen Elizabeth and Prince Philip visited
Dunvegan Castle that day.

John MacLeod of MacLeod, 29th Chief, was born in 1935, the second son, and eldest of twins, to Robert WolrigeGordon
and Joan Walters, the younger daughter of Dame Flora. While his elder brother inherited the WolrigeGordon
estate, John changed his name to MacLeod of MacLeod, and became heir to his grandmother's MacLeod estate. He did much to modernise the Castle and estate and has traveled to the USA, Canada, Australia, New Zealand, France, Germany, and South Africa to visit Clansfolk.

Hugh MacLeod of MacLeod, 30th Chief, succeeded his father. He is a film producer, with his wife Frederique. They have a son
Vincent, Born in 2000. Chief divides his time between his work in London and Dunvegan Castle in Skye.

Torquil Roderick MacLeod, 17th of Raasay, was the grandson of Loudoun Hector MacLeod. He served in the Second World War
and was a farmer in Tasmania. He took an interest in the Clan and matriculated arms at the Lyon Court, as MacLeod of
Raasay. Torquil Roderick attended several Clan Parliaments at Dunvegan.

Chief Roderick died in 2001 and was succeeded by his eldest son Torquil Donald MacLeod Chief of the Lewes and by his younger
son Roderick John MacLeod, 18th Chief of the MacLeods of Raasay. 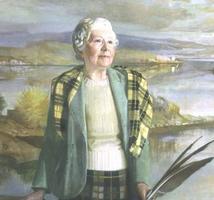